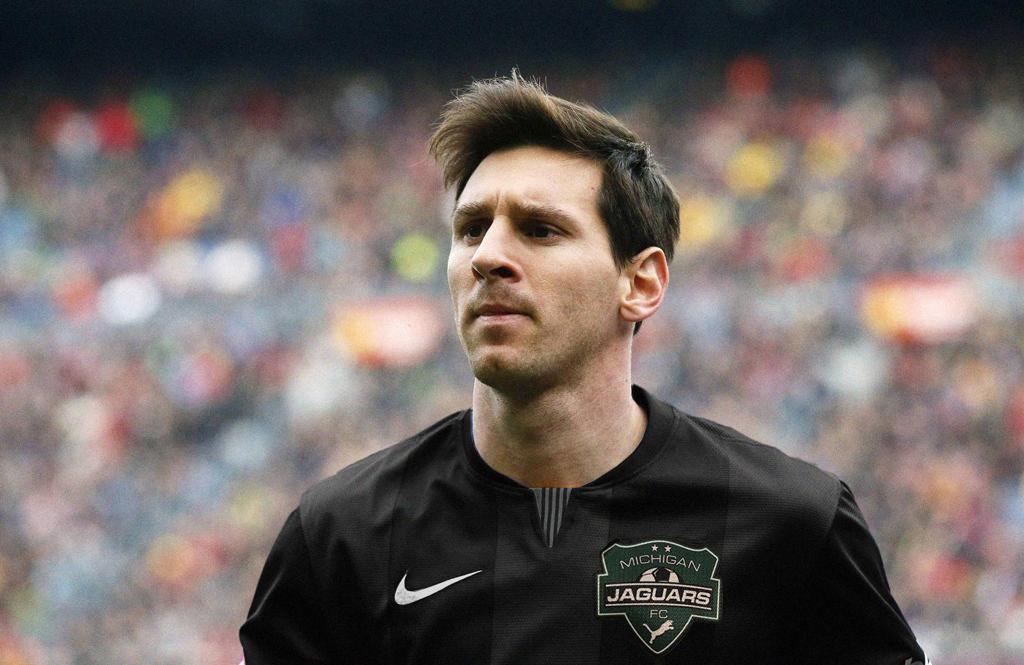 NOVI, Mich. -  One of the greatest soccer stars of all time is coming to Old Trafford. (The Total Sports Wixom version of Old Trafford, not that other one in Manchester.)

Michigan Jaguars FC is delighted to have signed Lionel Messi to a three-year contract, which will keep the Argentine in Michigan through the 2023/24 season.

"This is pretty cool for the club," said Michigan Jaguars FC Executive Director Paul Tinnion. "It took some time to get Pete Pososki on board, though. He is a big Tottenham guy, so he was partial to signing Harry Kane. We just couldn't justify spending over two-hundred million dollars on Kane, and we thought getting Messi on a free was a better value."

It's still unclear where Messi fits into the club's long-term plans. The Men's UPSL team was sidelined due to the COVID-19 pandemic, and Messi is not eligible for any of the club's youth teams due to being 34 years old.

"I am excited for this new challenge," Messi said after landing at Detroit Metro earlier this afternoon. "My time at Barcelona was great, but I am ready for the next step in my career."

Messi scored 474 goals in 520 appearances for FC Barcelona and 76 goals in 151 matches for the Argentina national team. He lifted his first major international trophy earlier this summer, helping Argentina win the Copa America over Brazil.

"We can't wait to see Messi in the Jaguars green," Tinnion said.

An official player announcement is scheduled to take place at HealthQuest Novi on Tuesday evening during the club's free weekly pain clinics.

For more information on the deal, go check out Sky Sports, ESPN FC, or whichever transfer "news" you follow.

For legal purposes, this is a joke. ;)