GREENSBORO, N.C. - The Michigan Jaguars FC Novi 2002 U19 Boys Green team narrowly missed out on a bid to the 2021 USYS National Championships after losing the National League Group C title to Lehigh Valley United (LVU) in a penalty kick tiebreaker at the BB&T Soccer Complex at Bryan Park on Sunday.

"With three returning players from last year and 14 players new to the team, we put together three solid games after a couple of months training together," said head coach Dan Trosper. "The boys worked incredibly hard and played aggressive, attacking soccer the first two games."

After the Novi 2002 Boys Green team and LVU battled to a 3-3 draw on Friday, they found themselves even across all possible tiebreaks after play finished on Sunday afternoon. The two teams each finished their group slate with a 2-0-1 record, 10 goals for, and 4 goals against.

In this unlikely scenario, both teams are asked to return to the field for a penalty shootout to determine which side earns a ticket to Nationals. After an intense back-and-forth that saw makes and misses from both teams, the Jaguars' final penalty rang off the crossbar and LVU punched its ticket to the Championships.

"All in all, it was a great experience," Trosper said. "The boys are more hungry than ever to get to Nationals. This had an extremely bizarre ending. It will serve as motivation to train and improve so we can compete at the highest level." 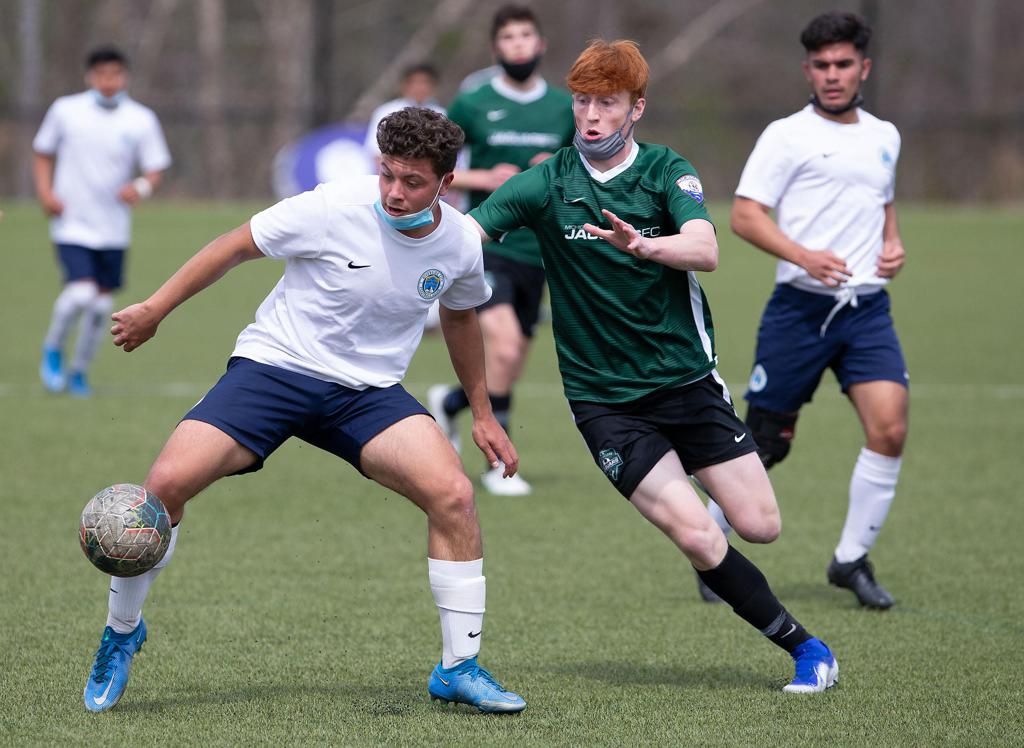 Although it narrowly missed this opportunity, the Novi 2002 Boys Green team still has a pathway to Nationals, and Trosper's teams are familiar with the road ahead.

In 2019, Trosper's 2002 boys faced a similar task after being dominated by Midwest United FC in the State Cup Final. The team surged through the must-win Midwest Regional Championships, including a win over the same Midwest team, to secure to a spot in the 2019 National Championships.

The boys rode the hot streak all the way to the National Semifinal where they found themselves a goal up in extra-time. A late run from eventual tournament winners Solar SC prevented a trip to the championship game that year.

This weekend, the team entered Sunday morning in first place in Group C with a +4 goal differential. A win against Riverside City and favorable results in the group's other matchup would have been enough to send the squad to Nationals; however, LVU's 6-1 win over Liverpool FC Academy Maryland put the sides even.

Despite Riverside City controlling the ball for much of the game, the 2002 Boys Green team hung on for a 2-0 win.

"In the last game, fitness caught up with us as Chris Emerson was unable to play, "Trosper said. "Eddie Villagomez took the role of playing center back and carried the team defensively.  We were able to create chances but were being dominated by Riverside when it came to possession. The boys worked very in transition to attack during two moments of the game to score."