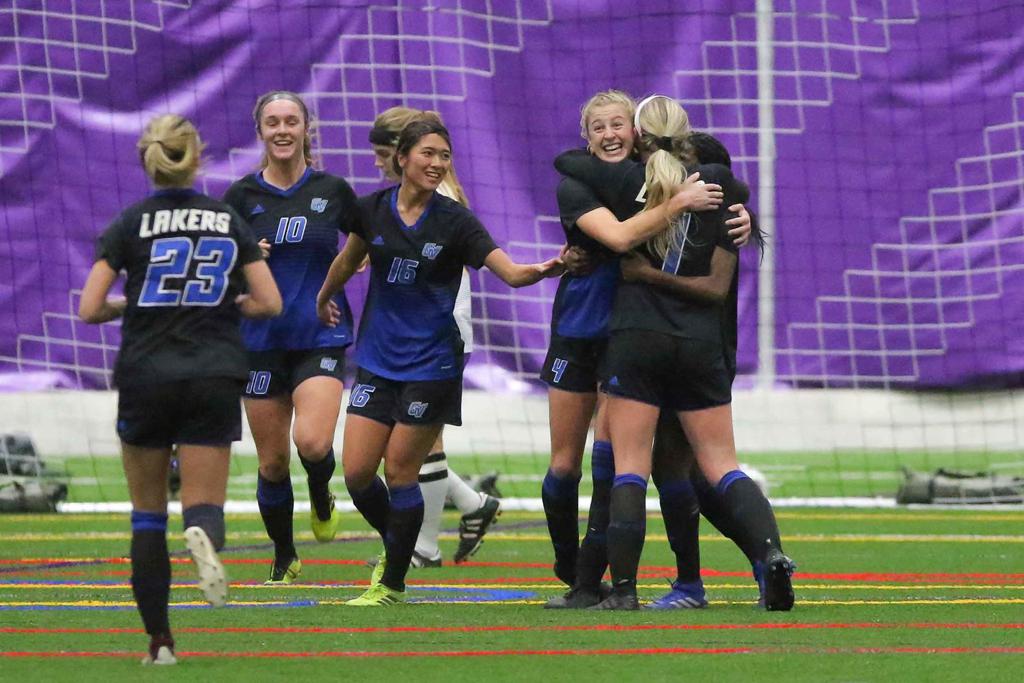 Sadly the season has come to an end for Danny Parisien (Calvin College) after their loss to Tufts in the NCAA Division III National semi-final, and for Cole Russell (Spring Arbor) after they fell to William Carey in the second round of the NAIA national championship.

Better news for Kai Francisco at University of Indianapolis as he and his team mates beat Ohio Valley in the Division II third round:

...followed by a 1-0 victory over Maryville in the Regional Final:

For Caitie Baron, Sarah Smolinski and Callie Rich, the season continues to be both successful and exciting. Grand Valley State women's soccer have advanced to the NCAA Division II National semi-finals, following wins versus Indianapolis and Minnesota State.

The victory against #13 Minnesota State came with a 5-2 margin:

Good luck to both programs in their games this week!