Coach Hayden and the 06 Boys Black team has raised over $2600 for the Akron Inner City SC. 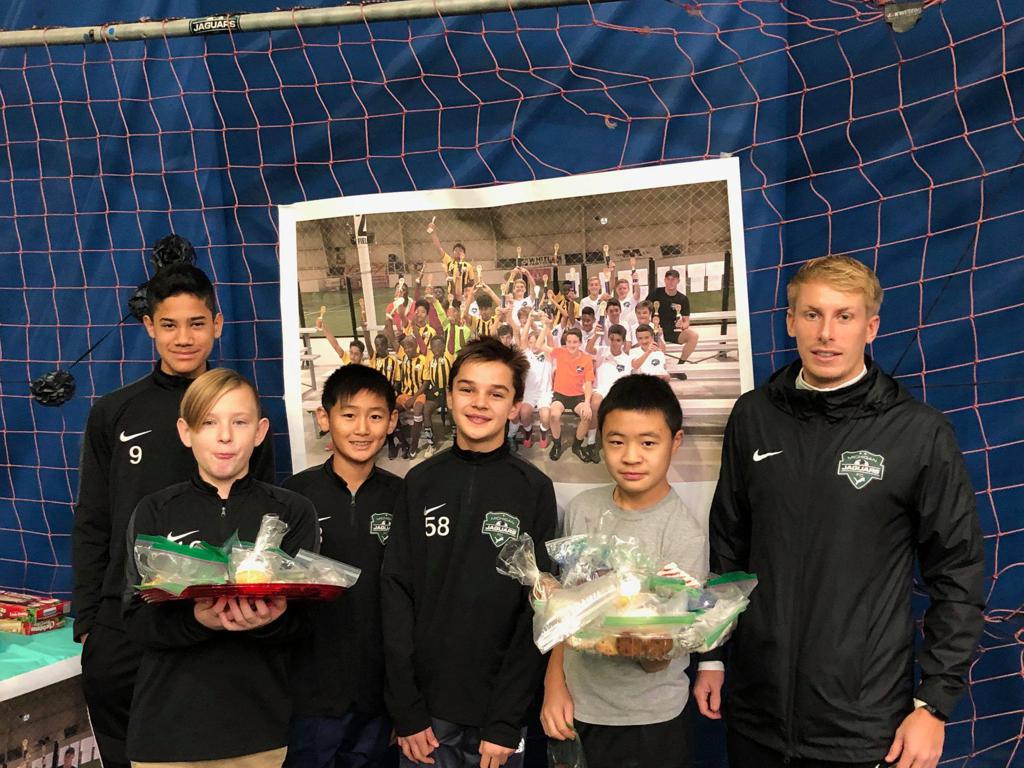 NOVI, Mich. - Earlier this fall, our MI Jaguars 2006 U14 Boys Black team traveled to the CASA Season Finale, a tournament in Seville, OH. In the championship game, our boys played a team from Akron Inner City Soccer Club, which provides cost-free soccer to inner city youth and refugee children in the Akron area. The Akron team arrived late and were missing a few players, and many of the kids didn’t have proper equipment or uniforms.

Throughout the match, our boys befriended the Akron team and were impressed by their passion for the game and sportsmanship, despite not having all the proper gear to play. When our team returned to Michigan, our boys took the experience to heart and began looking for ways to support their new friends at Akron Inner City SC. The boys ultimately settled on a bake sale combined with a GoFundMe page. The boys did much of the baking themselves and raised $1,600 through two bake sales at the Total Sports Wixom indoor facility. With $1,001 from the GoFundMe, the grand total is over $2600!

The boys plan to use the money from the bake sale to buy new equipment (soccer cleats, uniforms, etc) for the Akron team they played in the tournament, and the remaining money from the GoFundMe will support the Akron Inner City Soccer Club at large.

Michigan Jaguars FC is extremely proud of the team for their efforts!