Three Jaguars Called Up To U-14 National Team Mini-Camp

Sydney Hooks, Emily Kolodin, and Amalia Villarreal were each called up to the new U-14 GNT Central Region Camp 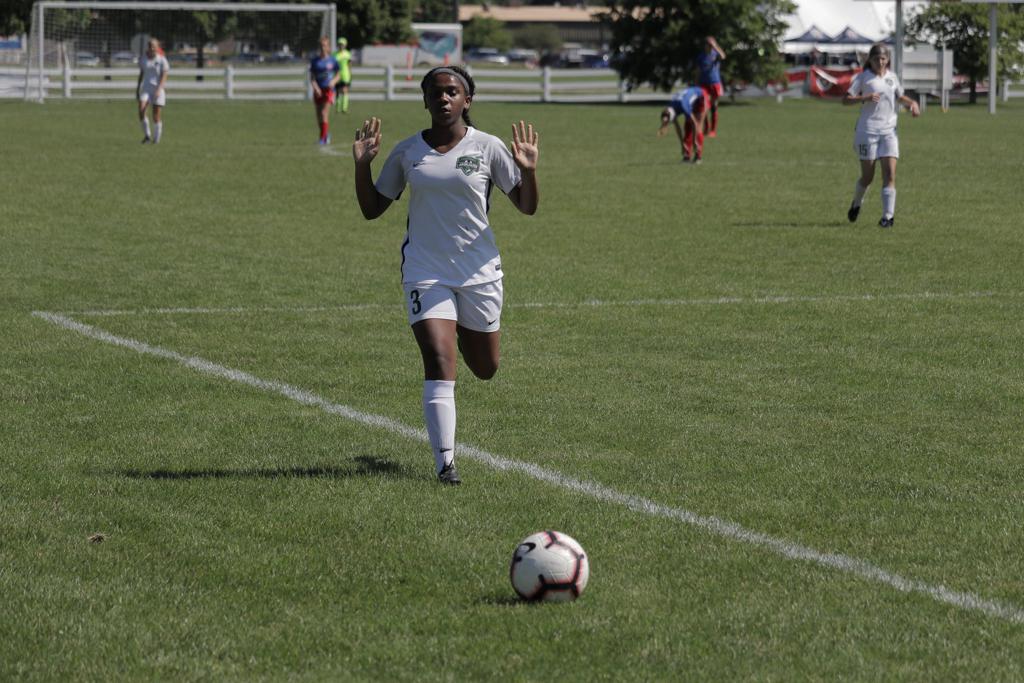 Novi, Mich. - Three Michigan Jaguars FC Academy players have been called up to the new U-14 Girls' National Team Mini-Camp for the Central Region. Sydney Hooks, Emily Kolodin, and Amalia Villarreal were selected to join the 62-player camp held in Dallas, Texas in March.

US Soccer will select 60 players from three regional mini-camps for its next U-14 GNT Training Camp,

Villarreal was awarded the Golden Ball as the best player at the 2019 USYS National Championships, and was named to the U-13 Tournament Best XI team alongside Kolodin.

Michigan Jaguars FC had the third-highest total number of players represented in the Central Region behind Solar SC and FC Dallas.

To read the full release and learn more about the National Team Mini-Camp program, click here.